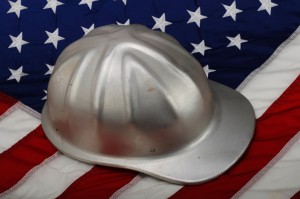 Buying American: Should It Be Mandated by Law? Austin, Texas: I was on a discussion board in one of the industries we serve and it centered on whether or not Congress should make a law enforcing government institutions to Buy American or not.

The discussions for both sides were quite heated, and after some thought, I felt that it was time to weigh in.

Nobody is a fan of government regulation.  As a business owner, it affects too much of my time and energy, as it is.

However, if the job of government is to protect American jobs and to defend our national security, I would argue that it is in the interest of the government to reduce our dependence on imports–which would include both raw materials and finished goods.

A more self-sufficient country is a stronger country.

Should the government mandate that private companies buy products Made in the USA?  Definitely not.

However, when it comes to government spending, this is a completely different story.

That being said, our government should give priority to American-made products on bid proposals, as it does for other criteria, such as Women and Minority Owned Businesses.

In addition, government agencies should also give Made in the USA-products priority on smaller orders, as a way of jump-starting the economy.

Granted, not everything is available domestically right now.

But if local, state and federal governments were allowed to pay up to 10-15% more for American-made products, it would encourage greater domestic production- which will lead to more jobs – and more tax revenue.

Even mandating a certain percentage of products that must be Made in the USA would add jobs– say 15% to 20%.  That would force government agencies to seek out American solutions.

Our government should Buy American because it is the smart thing to do.

People should Buy American because it is the right thing to do.

The job you save may be your own.